Don't Force Sports on Your Child

How strict should you be with your child’s athletic activities? If I would let him, my son would play X-Box all day or he'd be would sit†ing on his phone texting...

Don't Force Sports on Your Child

How strict should you be with your child’s athletic activities? If I would let him, my son would play X-Box all day or he'd be would sit†ing on his phone texting friends. I don’t want to be the type of parent who forces my kids to practice a sport until they don’t even like it anymore, but I don’t think it’s unreasonable to force them to go outside and put in some extra work either. My question is, where is the line?  Laid-Back Dad 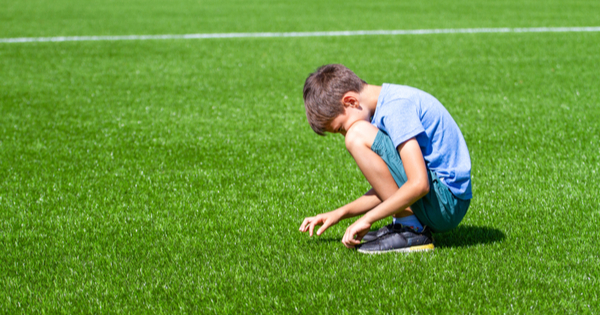 Dear Laid-Back: For as long as I can remember, my family has taken a trip to the beach in the summer. When I was younger, this trip always interfered with little league baseball season. My dad was a stickler (he still is) and didn’t want me to fall behind, so he always brought along a bucket of balls and our gloves.

Every morning, while waves broke and other kids buried their dads in the sand, my father and I were out in the parking lot of our condo, playing a “game” of sorts. It went like this: I had to throw 100 strikes before we hit the beach.

Most days it probably took around an hour. I can’t really remember, but I can remember this — I hated it.

But that’s just how Dad was, and he was that way with everything. Before I could ever drive alone in a car, Dad made me log 100 hours behind the wheel with an adult riding shotgun.

Surprisingly, I got in three wrecks before I turned seventeen (no one was seriously injured, thank goodness). And what about all those baseballs we threw at the beach? I never threw another one after ninth grade.

But I did go on to have a successful football career, and what I learned from my father — that blue-collar mindset he applied to little league baseball, driving, everything — stuck with me. I would’ve never achieved half of what I did on the field, or after, without first learning the value of hard work from my dad.

"My father’s forceful approach may not work as well with your kids, though. It just depends on their personalities, their passions. Despite my disdain for throwing strikes at the beach, I still loved to play ball."

Do your children have that same fire burning inside of them? It can be hard to tell. The same way the smartest kid in class is sometimes the last to raise his hand.

Try to discern your kiddos’ true passions. If you find that sports are an area where they truly wish to grow and learn, then be wise about when and how you push them. It’s human nature to resort to laziness. As their father, your job is to make sure they reach their full potential.

"Just remember athletics isn’t for everyone. Maybe your son will become a video game designer. Maybe your daughter will create the next Facebook!"

Either way, you can still set goals and work with your kids to achieve them. Push your children to be the best they can be, and regardless of their eventual paths, the hard work you put in together will be worth it in the end.

quote of the day